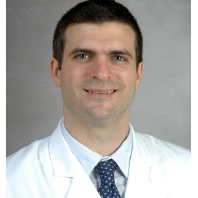 He completed his residency in general surgery in 2012 at Brown University Medical School/Rhode Island Hospital where he received multiple research and teaching awards, including the Gold Foundation Humanism and Excellence in Teaching Award. He then returned to the West Coast to complete a fellowship in pediatric surgical critical care at the Children's Hospital Los Angeles (2013) and then to Texas to complete a fellowship in pediatric surgery at the University of Texas-Houston Medical School (2015).

Throughout his years of training, Dr. Duron performed clinical research leading to the publication of multiple articles in pediatric trauma and global health issues. His interests include general pediatric surgery, in particular neonatal anomalies, minimal access surgery, and the critical care treatment of pediatric surgical and trauma patients, as well as access to surgical care in developing countries. He has been involved in multiple global health projects in Russia, Cameroon, Malawi, Kenya, and most recently is actively developing a trauma registry in Iquitos, Peru.

At Columbia/NYP, Dr. Duron serves as Co-Director of Fetal Therapy, Surgical Director of the Pediatric ICU, and Director of Minimally Invasive Surgery. In his clinical work, he places an emphasis on developing protocols and evidence-driven measures to treat our sickest surgical patients. In particular he is interested in the study of fluid resuscitation and respiratory failure in the pediatric surgical and trauma patient.