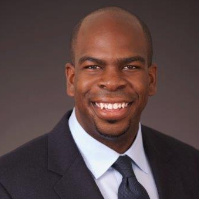 About Thomas A. Imahiyerobo, MD

Dr. Imahiyerobo's areas of expertise include the treatment of cleft lip, cleft palate, craniosynostosis, frontal facial advancement and orthognathic (jaw) surgery. He also specializes in the care of adult cosmetic and reconstructive surgery of the head and neck. He will be taking an active role in the Craniofacial Center at Morgan Stanley Children's Hospital, where he is committed to providing comprehensive, cutting-edge, compassionate care to patients of all ages with craniofacial differences. He has completed additional training in Craniofacial and Pediatric Plastic Surgery during his fellowship at the Children's Hospital of Los Angeles. While there, he was an integral part of one of the largest cleft and craniofacial teams in the country.

Give to the Cleft and Craniofacial Fund>>Read how Dr. Imahiyerobo helped Lily, a child with craniosynostosis >>