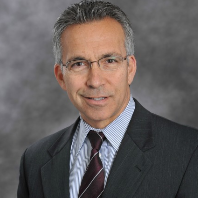 Dr. Steven Stylianos serves Columbia University as the Rudolph N Schullinger Professor of Surgery and Pediatrics and Chief of the Division of Pediatric Surgery. He is currently the Surgeon-in-Chief of the Morgan Stanley Children's Hospital/New York Presbyterian.

A graduate of Rutgers University and the New York University School of Medicine, Dr. Stylianos completed his general surgical training at Columbia–Presbyterian Medical Center (now NYP/Columbia University Irving Medical Center). He subsequently spent two years as the Trauma Fellow at the Kiwanis Pediatric Trauma Institute in Boston and then completed his formal pediatric surgery training at Boston Children's Hospital. Dr. Stylianos joined the faculty of Columbia University Vagelos College of Physicians and Surgeons and the Children's Hospital of New York in 1992. He has organized and directed the multi-disciplinary teams of physicians and nurses who have separated five sets of conjoined twins. These conjoined twins separations attracted the attention of the national media, including Dateline NBC, CBS 48 Hours and Fox News.

Throughout the years, Dr. Stylianos has served as Chairman of the Trauma Committee for the American

Pediatric Surgical Association (APSA) from 1997–2002 and authored the APSA position paper supporting all measures to reduce the toll of firearm violence in children. He also served as the Co-Principal Investigator of the U.S. Department of Health, Maternal and Child Health Bureau's grant to APSA "Partnership for Development and Dissemination of Outcomes Measures for Injured Children."

Dr Stylianos and his wife Joann are proud first-time grandparents to Nico.