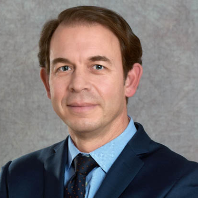 Dr. Arcasoy was recruited to Columbia University/NewYork-Presbyterian Hospital as the Medical Program Director of Lung Transplantation in 2001 from the University of Pennsylvania, where he was a key member of the Advanced Lung Disease and Lung Transplantation Program in the Division of Pulmonary and Critical Care Medicine. After his recruitment, he completely turned around the Lung Transplantation Program to rank amongst the top 5 to 10 programs in the country with regards to volume and top 1 to 3 programs in terms of patient survival. Under his leadership, the Lung Transplant Program has performed 60-70 transplants annually in the past 6 years with a record number of 71 transplants in 2017. Despite high transplant volumes and very sick pretransplant candidates, the survival of lung transplant recipients has remained significantly above the national average. Currently, 1-year survival of lung transplant recipients at Columbia University is 90%, 5-year survival 68%, and 10-year survival 46% (as compared to 85%, 55%, and 28% national average survival at the same time points).

Dr. Arcasoy's main research interests include outcomes of patients with advanced lung disease before and after lung transplantation, post-transplant complications, optimization of post-transplant immunosuppression via multicenter clinical trials and collaborative investigation in immune tolerance, studies of genetic testing for diagnosis of organ rejection, various post-transplant complications and lung allocation policy. His research has been published in journals such as the New England Journal of Medicine, American Journal of Respiratory and Critical Care Medicine, Annals of Internal Medicine, Chest, American Journal of Transplantation, Journal of Heart and Lung Transplantation, Gene Therapy, and Transplantation. Between 2011 and 2013, Dr. Arcasoy attended the Executive Program and obtained his Master of Public Health degree in Healthcare Policy and Management from Columbia University Mailman School of Public Health. He maintains a very busy clinical practice in addition to administration of the Lung Transplant Program, teaching and clinical research. He is also heavily engaged in philanthropy and works arm in arm with some of his grateful patients to raise funds to meet the needs of his Program and patients focusing on cutting-edge research, education and building a strong patient community.