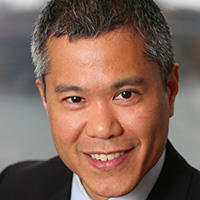 As the Director of Experimental Therapeutics and Director of the Melanoma Service at Columbia University Medical Center, Dr. Carvajal is focused on the development of novel therapies for patients with melanoma and other cancers, with the overall objective of controlling and curing these diseases.

To achieve this goal, he has used the increasing knowledge of the underlying biology of cancer to rapidly integrate this knowledge, novel therapeutic agents, and efficient trial design in order to improve the outcomes of cancer patients everywhere. Working closely with the laboratory scientists, the group is using the techniques of molecular biology to identify specific proteins, genes, or other molecules that influence the growth of each person's cancer, with the goal of selecting the most promising therapies for individual patients.

Dr. Carvajal's melanoma research has included the study and treatment of uncommon clinical and molecular subsets of melanoma such as melanomas arising from the eye (uveal melanomas), from the mucosal surfaces of the body (mucosal melanomas), and from the palms of the hands, soles of the feet, or under the fingernails (acral melanomas). Although these tumors arise from pigment cells of the body just as do the more common melanomas that arise from the skin (cutaneous melanomas), they are clinically and biologically distinct from cutaneous disease. Once metastatic (that is, spread from where it originally began to other sites in the body), these diseases have proven to be difficult to treat.

In an advance that helped to launch a new era of personalized medicine in melanoma therapy, Dr. Carvajal has led a clinical trial of imatinib (Gleevec) in patients with melanoma characterized by the presence of a mutation in a gene called KIT. While this mutation is rare in cutaneous melanoma, it is found in about 20% of mucosal and acral melanomas. Based in part on the positive results of this trial, where long-lasting tumor responses were observed in patients with these diseases, the use of imatinib in melanomas harboring KIT mutations was added to the National Comprehensive Cancer Network guidelines for the treatment of melanoma. Uveal melanoma is characterized by mutations in genes called GNAQ and GNA11 that lead to activation of a growth pathway called the MAPK pathway. Before 2013, there were no effective treatments for metastatic disease; however, another trial that Dr. Carvajal has developed and conducted identified selumetinib, a medicine that blocks the MAPK pathway, as the first effective treatment for patients with advanced uveal melanoma.

In addition to Dr. Carvajal's work at Columbia University Irving Medical Center, he serves as the co-chair of the International Rare Cancer Initiative Uveal Melanoma working group, a joint initiative between the National Cancer Institute, the European Organization for Research and Treatment of Cancer, and the Cancer Research UK to enhance international collaboration in the conduct of clinical trials for uveal melanoma.