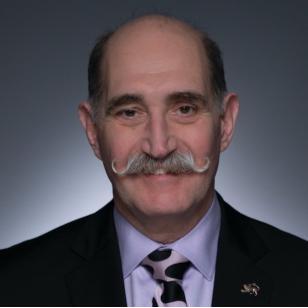 Access to organ transplantation has been Dr. Ratner's major academic interest. Dr. Ratner has been a leading innovator in transplantation for over two decades. In 1993, he performed the world's first dual renal transplant. In 1995 (with Dr. Louis Kavoussi) he performed the first laparoscopic donor nephrectomy, and set the stage for its widespread adoption, which resulted in a profound increase in living donor kidney transplantation. Dr. Ratner has made significant contributions in overcoming immunologic incompatibilities that prohibited transplantation. He devised the plasmapheresis/IVIg protocol for alloantibody desensitization in 1998. In 2001, Dr. Ratner orchestrated the second paired-kidney exchange in the U.S. Subsequently, he arranged the first paired kidney exchanges in both Pennsylvania and New York. More recently Dr. Ratner has been a leading proponent of including compatible donor/recipient pairs in kidney exchanges. And, his more contemporary work has looked at the organizational and regulatory barriers to access to care. All of these strategies have increased organ availability and access to transplantation. Additionally, he has made important contributions to improve living donor safety. For his work, Dr. Ratner has received numerous awards and honors. And, he has been invited to speak and operate at various venues around the world.

Dr. Ratner has authored or co-authored over 200 peer-reviewed publications, and has been a federally funded investigator. His publications have been cited over 15,000 times. He served as the Chairman of the Board of Directors of the LiveOnNY (formerly the New York Organ Donor Network), and has served on numerous national committees including the Board of the United Network for Organ Sharing. He recently completed a term as the President of the American Society of Transplant Surgeons, and previously served as that Society's Treasurer. He has also served on the UNOS Board of Directors.

Dr. Ratner originally hails from Brooklyn, NY. He received his undergraduate education at the State University of New York at Buffalo. He received his M.D. from Hahnemann University. His general surgery training was obtained at Long Island Jewish Medical Center. He completed a Fellowship in Transplantation Surgery and Immunology at Washington University. In 2011 Dr. Ratner completed a Master of Public Health with a focus on health care policy, administration and management.