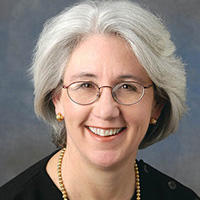 Laura Lennihan, MD is Vice Chair of the Department of Neurology, Chief of the Division of Critical Care and Hospitalist Neurology, and Professor of Neurology at Columbia University Irving Medical Center (CUIMC). A specialist in the neurological care of inpatient populations, Dr. Lennihan oversees the Neurology Consult and Neurohospitalist Services at the NewYork-Presbyterian (NYP) Milstein Hospital, where she is an Attending Physician. She also oversees Neurohospitalist Services at the NYP Allen and Lawrence Hospitals. Dr. Lennihan received her undergraduate degree from Harvard University and her medical doctorate from Cornell University Medical College. After completing residency in internal medicine at the Hospital of the University of Pennsylvania, Dr. Lennihan came to Columbia-Presbyterian Hospital for residency at the Neurological Institute of New York. She remained at Columbia for fellowship training in both Cerebrovascular Diseases and Neuroepidemiology, and subsequently joined the faculty of the Department of Neurology at the Columbia University Vagelos College of Physicians and Surgeons (VP&S) in 1987. She has served in various clinical, administrative, and leadership capacities at NYP/CUIMC in the time since, while also serving as an Attending Physician (1989-2014), Director of Stroke Rehabilitation (1989-2006), and Chief of Neurology (1994-2006) at Helen Hayes Hospital in New York. Dr. Lennihan is a current and longstanding member of the CUIMC Ethics Committee. She has been a member of the Alpha Omega Alpha Society since 1977 and the American Academy of Neurology (AAN) since 1982, in which she received the formal distinction of Fellow (FAAN) in 1996. Dr. Lennihan has received numerous honors and awards, including the NewYork-Presbyterian Physician of the Year Award (2007), the Stephen Q. Shafer Award for Humanism in Neurology (2009), and the Lewis P. Rowland Teacher of the Year Award (2014). A longtime advocate for women in academic medicine, Dr. Lennihan sits on multiple university and departmental advisory committees overseeing the recruitment, retention, appointment, and promotion of a diverse faculty. As Vice Chair of the Department of Neurology since 2011, she has worked to cultivate mentoring networks between junior and senior women faculty, including fostering broad participation in the Women of Neurology Seminar Series and the Women Physicians Initiative of NewYork-Presbyterian. Through her unwavering commitment to the creation of academic opportunities for women, Dr. Lennihan has helped steer the growth of the Columbia University Department of Neurology, which is currently ranked #1 in NIH-funded research, and is widely considered a leader in the field in terms of women faculty at each academic rank among neurology programs nationwide. In 2020, Dr. Lennihan was appointed Advisory Dean for Clinician-Educator Faculty for the Office for Women and Diverse Faculty, through which she provides mentorship and faculty development guidance to VP&S women and minority faculty.