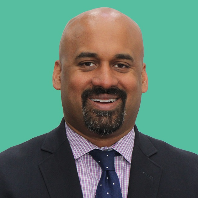 Dr. Joseph P. Alukal is Associate Professor in the Department of Urology; he is also Director of Men's Health at Columbia/NewYork-Presbyterian and Fellowship Director in Andrology/Male Reproductive Health.

Dr. Alukal serves in a number of roles at a national and international level for professional specialty and subspecialty organizations, including the American Urological Association (AUA), the American Society for Reproductive Medicine (ASRM), and the Society for the Study of Male Reproduction (SSMR), of which he is a past-President and current Board Member. In his current role as a member of the AUA Ambassadors, he have lectured internationally to the Urologic Professional Societies of countries including India, Italy, and Bangladesh.

He has authored or been a co-author on more than 30 peer reviewed publications, and as well is the lead editor of the book "Design and Implementation of the Modern Men's Health Center." While as a fellow, he was funded by an AUA Foundation Award.

Dr. Alukal currently serves at Columbia in a number of roles including service on the Columbia Faculty Network on Anti-Bias as Part of Action Collaborative to the National Academy of Science, Engineering, and Medicine. As well, he is the Clinical Director for the NYP Reproductive Tissue Bank, in addition to serving on the NYP Tissue Bank Medical Advisory Committee.

He maintains a busy clinical practice in men's health, male infertility, male sexual dysfunction, and general urology and has been named to Castle Connolly's Top Doctors New York Metro Area every year since 2016. He is currently named to New York Magazine's Top Doctors 2021. He maintains extensive clinical collaborative relationships with numerous IVF centers, primary care, and cardiology practices in and around the New York City area.