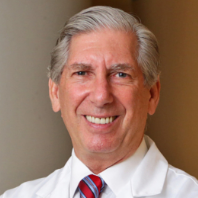 About Jeffrey A. Lieberman, MD

Jeffrey A. Lieberman, MD, is the Lawrence C. Kolb Professor of Psychiatry at Columbia University Medical Center. Dr. Lieberman's work has advanced the understanding of the natural history and pathophysiology of schizophrenia and the pharmacology and clinical effectiveness of antipsychotic drugs.

He is a member of numerous scientific organizations, including the National Academy of Sciences Institute of Medicine. He has authored more than 500 papers and articles published in the scientific literature and written and/or edited ten books on mental illness, psychopharmacology and psychiatry. Dr. Lieberman served as president of the American Psychiatric Association (APA) from May 2013 to May 2014.