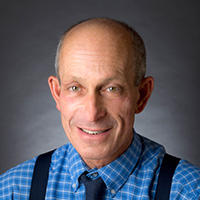 Jay Lefkowitch was born and raised in New York City. He attended the famed High School of Music and Art as an art student and later attended Clark University in Worcester, MA, as a fine arts major. He attended medical school at the College of Physicians and Surgeons of Columbia University (1972-1976) and stayed on at New York Presbyterian Hospital for his pathology residency training in Anatomic Pathology. He received specialty training in liver pathology during a Fellowship year spent working with Professor Peter J. Scheuer in London, U.K., at the Royal Free Hospital, a major international referral center for patients with liver and biliary tract diseases. At the Royal Free Hospital Dr. Lefkowitch also benefited from working with the academic team in the Liver Unit, including Professor Dame Shelia Sherlock, the late, world-renowned clinical hepatologist. . Upon return from London, in 1980 Dr. Lefkowitch became a faculty member of the Department of Pathology (now the Department of Pathology and Cell Biology) at Columbia University Medical Center, where he is currently Professor of Pathology and Cell Biology. Dr. Lefkowitch's publications include over 80 peer-reviewed papers in medical journals as well as medical textbooks. He is the author of Scheuer's Liver Biopsy Interpretation (now in its 9th Edition) and is the Chief Editor of Anatomic Pathology Board Review.