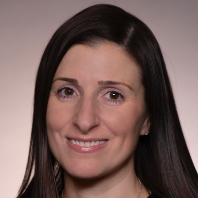 Dr. Erica M. Fallon joins the faculty at the Vagelos College of Physicians and Surgeons at Columbia University and Morgan Stanley Children's Hospital of New York-Presbyterian within the Division of Pediatric Surgery, as Assistant Professor of Surgery. She received her undergraduate degree from Georgetown University. Following graduation, she accepted an Intramural Research Training Award at the National Institutes of Health and spent two years involved in clinical pediatric obesity research. She subsequently received her medical degree from the Medical College of Wisconsin. She completed her residency training in General Surgery at Beth Israel Deaconess Medical Center, in affiliation with Harvard Medical School. During residency, she spent three years as a research fellow in the Department of Surgery at Boston Children's Hospital studying the effects of omega-3 fatty acids on parenteral nutrition-associated liver disease, and the prevention of postoperative abdominopelvic adhesions. She then completed a clinical fellowship in Pediatric Surgery at the Hospital for Sick Children, followed by a clinical subspecialty fellowship in Pediatric Surgical Oncology at Memorial Sloan Kettering Cancer Center.

Dr. Fallon was named the Joshua Ryan Rappaport Research Fellow at Boston Children's Hospital, and received independent funding from the National Institutes of Health as the recipient of a Ruth L. Kirschstein National Research Service Award. She has been an invited speaker at academic forums and scientific conferences, and the recipient of numerous research awards. In addition, she has published several scientific papers in peer-reviewed journals, and authored pediatric book chapters and clinical management guidelines. She is passionate about scientific pursuit and plans to continue research at MSCHONY.

Dr. Fallon has also received recognition for excellence in teaching, and has served on the Graduate Medical Education and Surgical Resident Education committees during her clinical training years. She is a member of several professional organizations, including the American Pediatric Surgical Association, the American Academy of Pediatrics, and the American College of Surgeons.

Dr. Fallon is committed to the compassionate, collaborative, and meticulous surgical care of infants, children, and their families. She has particular interest in neonatal and congenital diseases, pediatric surgical oncology, gastrointestinal diseases, and minimally invasive techniques in addition to patient safety and quality improvement within the field of pediatric surgery.