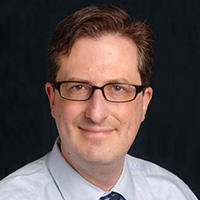 Dr. Huey obtained his B.A. in psychology from Yale University. He received his medical degree from the Stanford University School of Medicine in 1999. He completed an internship and a residency in Adult Psychiatry at the Stanford University Medical Center in Stanford, California. He was elected to be the chief resident for the program in his final year of residency. He then completed a clinical research fellowship and was an Assistant Clinical Investigator in the Cognitive Neuroscience Section of the National Institute of Neurological Disorders and Stroke in the National Institutes of Health in Bethesda, MD. He was then the Director of Clinical Science of the Litwin-Zucker Research Center for the Study of Alzheimer's Disease and Memory Disorders of the Feinstein Institute, North-Shore / Long Island Jewish Medical Center. He joined the Columbia University faculty in 2010.