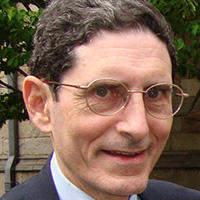 About Conrad B Blum, MD

Conrad B. Blum, MD, is Professor of Medicine at Columbia University Medical Center. His practice focuses both on his area of specialization (endocrinology and metabolic diseases, particularly disorders of cholesterol and triglyceride, thyroid diseases, and diabetes) and general internal medicine. He received his BS and MD degrees at Northwestern University, where he was enrolled in the prestigious Honors Program in Medical Education and was selected for the Alpha Omega Alpha Medical Honor Society.

He subsequently had a medical internship at Columbia University Medical Center and a residency in internal medicine at Harvard University's Peter Bent Brigham Hospital (now renamed as Brigham and Women's Hospital) in Boston. He was a fellow in endocrinology at Northwestern University Medical Center in Chicago. He developed a high level of expertise in management of lipid disorders during three years of research and clinical training in the metabolic diseases laboratory of the National Institutes of Health. He is board certified in internal medicine and in the specialty of endocrinology, diabetes, and metabolism.

Dr. Blum has authored or co-authored more than 80 publications. These have largely focused on the clinical management, physiology, and biochemistry of disorders of cholesterol and triglyceride. His publications have also dealt with thyroid disease and lead exposure. Dr. Blum's publications have appeared in some of the world's most prestigious medical and scientific journals including: the New England Journal of Medicine, the Lancet, Journal of the American Medical Association (JAMA), Proceedings of the National Academy of Sciences (PNAS), and the Journal of Clinical Investigation (JCI).

He served for 11 years as a member of the editorial board of the Journal of Lipid Research. He has been a member of the Board of Directors of the New York affiliate of the American Heart Association. He is a member of the Endocrine Society and a Fellow of the American Heart Association. Dr. Blum's teaching activities include seven years as director of the endocrinology clerkship for fourth-year medical students at Columbia University College of Physicians and Surgeons. For more than 25 years, he lectured on disorders of cholesterol and triglyceride to the second- and third-year medical school classes at Columbia. He was granted a Ewig Clinical Scholar Award 2011-2012 for outstanding teaching in the Department of Medicine, Columbia University Medical Center.

The book he co-authored with Dr. Neil Stone, entitled Management of Lipids in Clinical Practice, has been used by the National Lipid Association as a companion to its curriculum. Dr. Blum was awarded the 2010 Gold DOC award by the Arnold P. Gold Foundation; this award recognizes "sensitivity, kindness, and compassion in the practice of medicine." He has been listed multiple times in the Castle Connolly annual lists of America's top doctors and New York's top doctors.