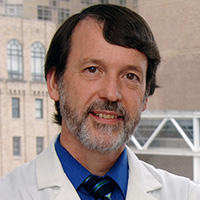 About Brian A Fallon, MD

Brian A. Fallon, MD, MPH, is the director of the Center for Neuroinflammatory Disorders and Biobehavioral Medicine and director of the Lyme and Tick-Borne Diseases Research Center at Columbia University.

In addition to his work on illness anxiety, hypochondriasis, obsessive compulsive disorder, and somatoform disorders, Dr. Fallon is recognized internationally for his research on neurologic and neuropsychiatric Lyme disease. He has served on expert panels for the National Institutes of Health in different areas, including OCD and neurologic and chronic Lyme Disease, and has received over $10 million in both private and governmental grants to continue his research. He is the recipient of many awards, including the Laughlin Award from the American College of Psychiatrists, two commencement awards from the Columbia University College of Physicians and Surgeons (Richard Raynor Watson Award and the Titus Munson Coan Prize for best essay in Biomedical Research ("The Rise of Tuberculosis among the Homeless Mentally Ill"), the Columbia University Horwitz Award for excellence in Research, the Columbia Universit Medical Student Teacher of the Year award for psychiatry, a NARSAD Principal Investigator Award (2006), and the Roseke award from the American Psychiatric Association for outstanding teaching to medical students (2008). His major research interests cut across the boundaries of medicine, psychiatry, nuclear medicine and neurology.

A primary focus is on the pathophysiologic mechanisms and treatment underlying persistent cognitive impairment, fatigue, and pain among patients with histories of Lyme or other Tick borne diseases. This interest leads to collaborative studies involving proteomics, genomics, neuroimaging, cognitive remediation, treatment trials, and the search for more sensitive and specific diagnostic biomarkers. This expertise has also led to new projects in psychiatry, such a a NARSAD funded study of the role of ceftriaxone (an IV antibiotic) as a treatment for patients with refractory psychoses, examining improvement clinically and in glutamatergic change using MR Spectroscopy. Dr. Fallon is also a leader in the area of somatoform disorders, particularly the pharmacotherapy of hypochondriasis and is currently conducting both treatment and functional neuroimaging studies in these areas and serves as an advisor to the Anxiety and Obsessional Disorders DSM-V workgroup.