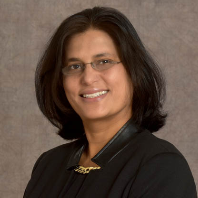 Dr. Anne Ferris is the medical director of the Center for Single Ventricle care at NewYork-Presbyterian Morgan Stanley Children's Hospital, which she co-founded in 2014. She is also medical director of the cardiology/neurology inpatient unit at the hospital and an Assistant Professor of Pediatrics at Columbia University in the division of Pediatric Cardiology. Dr. Ferris received her medical degree from St. John's Medical College in Bangalore, India, did her residency and chief residency in pediatrics at New York Medical College, and stayed on as a faculty member at Columbia after completing her fellowship in pediatric cardiology.

During the course of her career Dr. Ferris has volunteered extensively, including at Mother Theresa's Orphanage, teaching Braille at the Blind School, and working with Afghan refugees under the aegis of the United Nations High Commission for Refugee Relief. She has been on international disaster medical response teams to countries in South Asia and has worked and lived with tribal and primitive societies for several years in rural India.

Dr. Ferris has won several awards for excellence in teaching. As chief resident she was inducted into the Alpha Omega Alpha honor society, signifying a lasting commitment to scholarship, leadership, professionalism, and service. The department of nursing at NewYork-Presbyterian recently honored her with the physician of the year award in acknowledgement of her commitment to providing a collaborative, collegial environment that supports the highest standards of patient care.